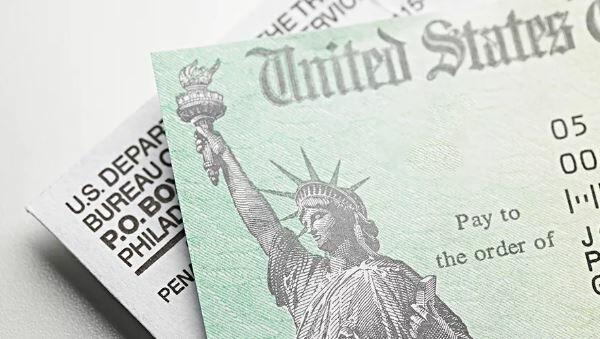 Things are looking promising that a will be sent out to millions of Americans. Even President Trump seems to be in support of it, recently telling reporters his administration will be "asking for additional stimulus money." Meanwhile, his economic adviser,Kevin Hassett, told theWall Street Journalthat the chances of a second stimulus package are "very, very high." However, there are three main factors that will determine if Uncle Sam sends you some more money.

The first one is the number of people with coronavirus. The initial stimulus check was sent out because the economy was in a free fall due to so many places closing down because of the pandemic, and politicians wanted to help constituents but also see more money get put into the economy. Many states had re-opened and residents were infusing the economy with money without any checks being sent to them, so lawmakers were thinking about a different kind of stimulus package, like or a travel credit, but now that some of those re-opened states are facing outbreaks and shutting down again, politicians are back to considering a stimulus check.

The next factor is the unemployment numbers. As more states re-open, more jobs are available again and fewer people are unemployed. The jobless claims have been on a decline, and to decide just how much of a stimulus is needed. When those numbers drop, certain Representatives and Senators see it as a reason to not give out more relief aid. However, if the new outbreaks cause unemployment numbers to spike again, it might make politicians realize that another stimulus check is necessary.

The third factor is how Trump is polling.According toForbes, the President might hope to win over voters by pushing for another stimulus check. If his numbers are dropping, the likelihood of a stimulus check might actually goes up.

We'll know more soon as Senators continue to debate what kind of a stimulus package they are willing to pass.