I think every kid ,at some point, has thought, "what if I held a bunch of balloons, would I fly away?" Tom Morgan made it come true.

Morgan attempted several times to inflate 100 large balloons with helium to take flight in a lawn chair. Several failed attempts because of weather and other factors moved him to South Africa. That's where he successfully flew for over 15 miles on balloons tied to his chair. 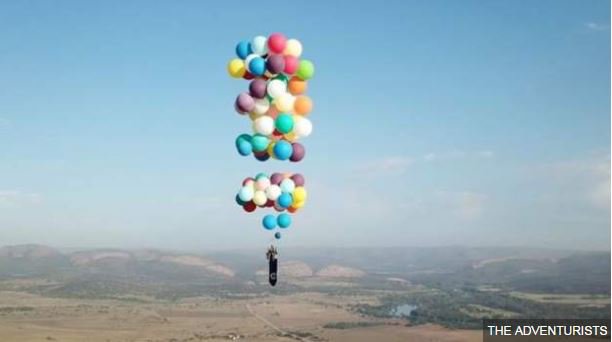 "The problem was finding a good weather window and it was difficult to protect the balloons as they kept bursting," Morgan told BBC.

When he fianlly succeeded in flight, her called it "magical".

This isn't the first attempt or longest trying to fly with balloons and a lawn chair. Several others have successfully flown this way. In 2009 John Freis, 51, ties 170 helium balloons to his lawn chair and flew up to 12,400 ft, traveling 46 miles in almost 4 hours.