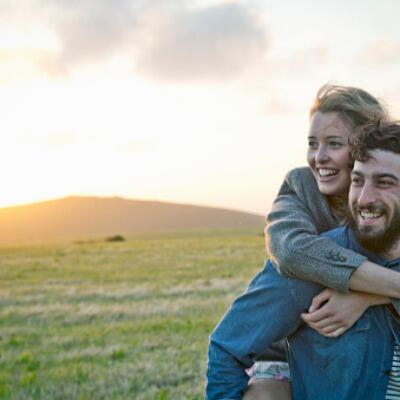 SPEND AN EVENING WITHOUT ANY SCREEN TIME OR DISTRACTIONS.

It’s often said that being comfortable in silence is a mark of a real connection. You and your boyfriend don’t have to sit in silence all night long. Instead, focus purely on your conversation. Do you genuinely enjoy each other’s company without any external stimuli? It’s been proven that technology ruins relationships. Don’t let it ruin a good thing with someone that might be a great fit. Put the screens away and get to know each other.

I’m a fan of taking a trip early on in a relationship. Why? Because travel truly takes you and your boyfriend out of your comfort zones. It’s essential to see how he reacts in unfamiliar environments and situations because it shouldn’t be too be similar to your own approach. If you tend to get overly emotional, it’s best if he’s more stable. If he gets easily stressed out, you need to be a more calming force. Travel is a great way to see these personality traits come out.

When we first start dating someone, we tend to put on a mask. It’s not that we’re lying about who we are, we just want to present the best versions of ourselves. Something about being around family strips all of that away. Why? Because the people who know you best will call you out if you’re not your truest self. Go and spend some time with some strangers get to see your boyfriend in a different light. This will inform you of whether or not you two can go the distance.

BRING A GROUP OF YOUR CLOSEST FRIENDS TOGETHER.

People say that the five people you spend the most time with our reflection of who you are and I believe it. I remember thinking that one of my exes was the perfect guy. Then I hung out with him and a bunch of his friends. One of the guys had a crude sense of humor. To my shock and dismay, my polite boyfriend laughed at each of his jokes and even contributed a few of his own. Do yourself a favor and get to know the people your partner spends the most time with. More often than not they are a direct reflection of who they are.

Life throws us a lot of curveballs. How someone responds to change is something important you need to know before committing to something long-term. Picking up a new hobby forces you to adapt and learn. If you find that he doesn’t respond positively to change then you need to pack up and run.

This exercise can often get people into trouble, yes, but I find it illuminating. It’s important to know what it is that draws a person to you. If it’s something intrinsic to who you are, that’s good, but if it’s something that you can’t control or that’s temporary, then you know you’re doomed. For example, I had a friend whose boyfriend loved how hard she worked to meet her career goals. He had a similar drive and found it attractive. Unfortunately for them, she saw herself becoming a stay-at-home mom once they had children. Those two may have been compatible at that specific time, but that wouldn’t be the case moving forward. It’s a hard challenge and it can be a bit hurtful if your partner lists shallow reasons, but it’s necessary to know what it is that draws you to each other.

This may sound like you’re jumping the gun, but there’s no harm in getting a professional’s opinion. Keep in mind that a therapist won’t straight up tell you whether or not you should stay together. They will, however, let you in on specific areas where you two might clash. It’s your job to decide whether you want to put up with that or not.

JOURNAL ABOUT YOUR RELATIONSHIP.

The fact is that human beings often have a hard time seeing patterns unless they are laid out in front of us. For example, at the beginning of your relationship, you may have found his humor endearing, but as you journal for weeks and months, you might start to see it as a sign of immaturity. Journaling would make this clear for you. As you read back and see how you express certain things, you’ll start to see whether or not things are heading in a positive direction or not. Besides, journaling helps people be happier. Why not kill two birds with one stone?

ASK HIM IF HE CAN SEE A FUTURE WITH YOU.

There’s nothing like getting an answer straight from the horse’s mouth. We’ve all heard guys say “she’s everything I know I should want, but I just don’t see a future.” I don’t want to scare you, but its not enough to tick the boxes. There’s a chemistry that must be there, and if it isn’t, then it doesn’t matter how compatible you are.