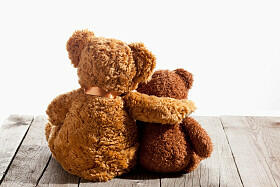 A 10-year-old girl from England was on her flight back home after a two-week vacation at the Hard Rock Hotel at Universal Studios Orlando when she realized she left something behind. Millie McAlpine had forgotten her beloved stuffed animal, named “Special Dog,” at the hotel and she was in tears over not having him.

Millie’s mom, Lucy, called the hotel immediately to see if they could find “Special Dog,” who the little girl takes everywhere. When she heard back a couple weeks later, they had good news: “Special Dog” had been found and was on his way back to the U.K. When the stuffed animal arrived, he came with a note explaining that he was happy to have had “extra time to relax” and he had photos showing his adventure, including playing the guitar and enjoying a drink by a fountain. And Millie is ecstatic to have “Special Dog” back home.